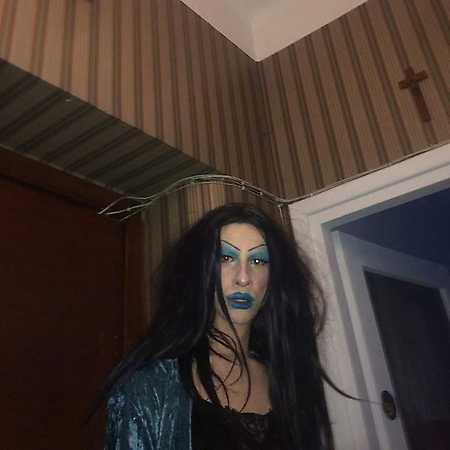 Queer artist, online freaks’ icon, singer, stylist, DJ, business woman, sexy mommy – a parody of the celebrities… Known for such hits as: „Szampan” and „Drogie Ciuchy”, with a hit video created in a cooperation with Dom Mody Limanka. She gets inspired by: her friends, szafa.pl, nature and animals. Mrs. Popular, Mrs. Controversial, privately – feminist, because as she says: „guys areeugh, women are cool”. Her feminism is reflected, among others in such songs as „Zajebista Dziewczyna” or „Pizda Paradise”. She started her career with the album „La Bella Mafia” in 2016. Soon she gained popularity on Spotify thanks to her unusual vocals and tracks downloaded for free from the Internet. Many fans became attracted to her watching her music videos presented on youtube, in which she boldly experiments with stylizations and shows that it is worth being yourself. Bella Ćwir initially have been existing only in the virtual world, but she began to tour and meet with her fans in the real world. With the help of her friends who deal with music more professionally, she created a label called Pizda Paradise Records and began to enrich the sound layer of her records, which resulted in, among others, her latest album, „Rebella” from 2018.