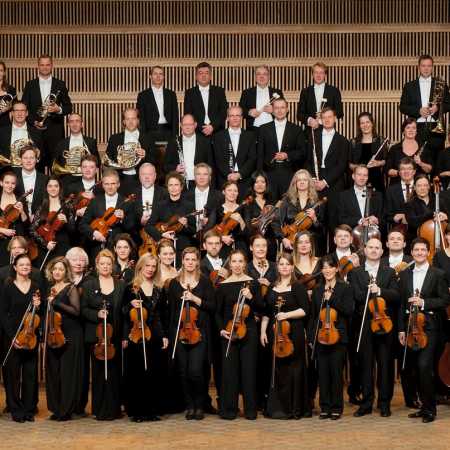 The Berlin Radio Symphony Orchestra (Rundfunk-Sinfonieorchester Berlin) is a German symphony orchestra based in Berlin. The orchestra gives concerts at the Konzerthaus Berlin and at the Berliner Philharmonie, but also in other German cities such as Aschaffenburg, Essen, Halle, Oldenburg, and Wiesbaden.

The orchestra was founded in 1923 as a radio orchestra, and is the oldest active radio orchestra in Germany. During its early years, the orchestra had a reputation for its work with contemporary, 20th century composers. Composers who guest-conducted the orchestra included Paul Hindemith, Arthur Honegger, Darius Milhaud, Sergei Prokofiev, Richard Strauss, Arnold Schoenberg and Igor Stravinsky, as well as Krzysztof Penderecki, Walter Schartner and Udo Zimmermann. After the 1949 division of Germany, the orchestra was under the supervision of Rundfunk der DDR, the GDR radio station.