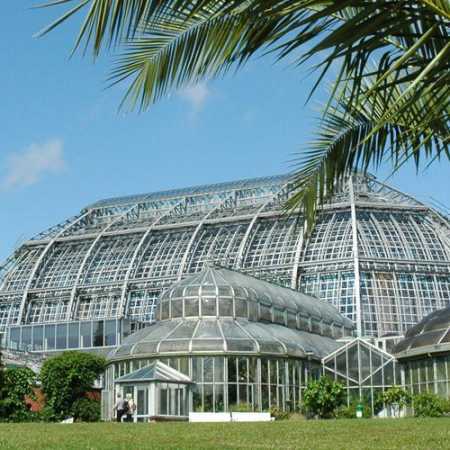 The World in One Garden was the original concept behind director Adolf Engler's inspiration to erect the Botanic Garden (Botanischer Garten) in Berlin-Dahlem at the turn of the 20th century. Today, the 43-hectare garden has 20,000 plant species and is one of the largest and most important gardens of its kind in the world. It encompasses 15 display greenhouses, the largest of which – the Great Tropical House – was built in 1907 and renovated in 2010.

The Botanical Museum (Botanisches Museum) was founded in 1905 as a complement to the Botanic Garden and is the only one of its kind in Central Europe. At present, the valuable holdings of the former Royal Herbarium are stored here. Visitors can tour the gardens for an overview of the evolution of plants. They can also examine different types of vegetation and habitats and experience how location and climate conditions affect the appearance of plants. Large-scale models illuminate vegetation, reproduction and proliferation in the world of plants all the way from single-cell green algae to the gigantic Red Wood tree. The most important crops and cultivated plants are also on display. One of the museum's specialties consists of original plant burial objects from ancient Egypt. Other special exhibitions are devoted to the science, culture and history of different plants as well as the theme of biodiversity.