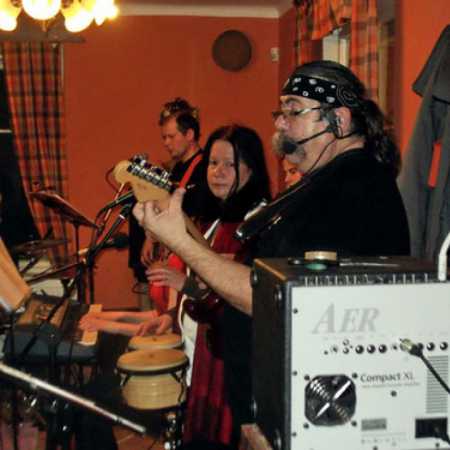 The history of the Brigantia group of music dates back to the year 2007. For the period of its existence the band has undergone development, which is characterized by the transition from purely acoustic folk-rock to ozvučenému melodickému beat. Because in addition to the classical beatového cast (five-string electric guitar, electric bass, keyboards, drums, chants) with the band and soloists on the other instruments (flute, violin, bongo), you can hear the Brigantie series in the songs of Irish, Latin-America or knopflerovsky toned themes. In the current composition plays a musical group from the summer of 2013.

You will find in the Repertoire of his own compositions as well as songs always absorbed with Czech lyrics, which comes from the workshop of famous writers Jan Marabu D. By extending the Repertoire of Dance Club, you will find, in addition to group a series of mostly familiar soundtrack of songs from the period from the 1970s to the present day. – Translated by Automatic service