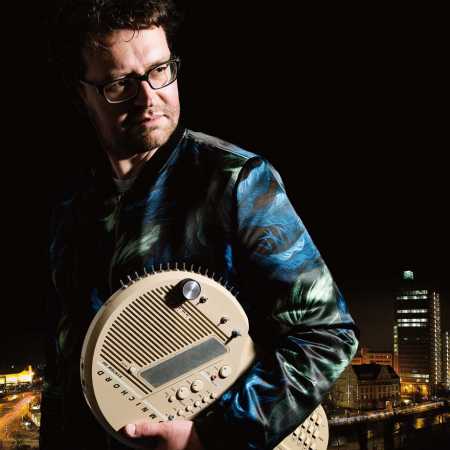 Because his childhood was rather unconventional, C. Heiland finds the access to psychology quite early. He studies for 26 semesters but does never finish the studies. He works as a psychiatrist for ten years successfully, until it is revealed that he takes most of the pills he prescribes by himself.

After several intermediate stops as a beekeeper, store detective and mascot of a hobby market he realizes, that life is most bearable with humor. Therefore, there is only one possibility: the profession of a comedian. C. Heiland tells how exactly all this happened in his evening program Der Mann mit dem Schatten…

In between, Heiland sings songs, from heartbreak to Ballermann. The omnichord, a seldom Japanese instrument from the 1980s, harmonizes congenial with his voice.