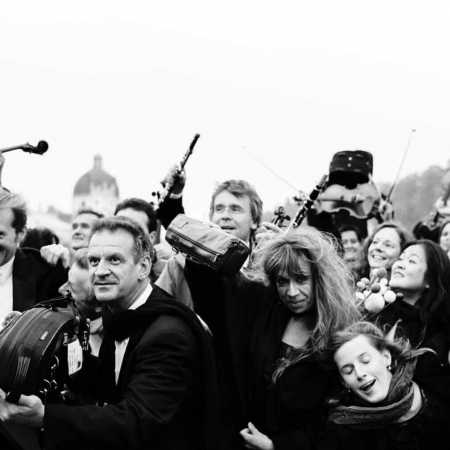 Camerata Salzburg has a rich history spanning over sixty years and is closely associated with the legacy of Wolfgang Amadeus Mozart. Based at the famed Mozarteum in Salzburg, the orchestra regularly appears at the Salzburg Festival and the Mozartwoche, where it performs both orchestral works and operas. The bulk of its repertoire consists of Mozart’s works along with music by Haydn, Beethoven, and Schubert. In addition, the orchestra plays music of the Romantic era and of the twentieth century. Its varied discography includes, among other things, two complete editions of the Mozart piano concertos (Géza Anda, András Schiff). Among the artists who have collaborated with the orchestra are Anne-Sophie Mutter, Joshua Bell, Mitsuko Uchida, Murray Perahia, and Sir Robert Norrington, who served as the ensemble’s principal conductor from 1998 to 2006.