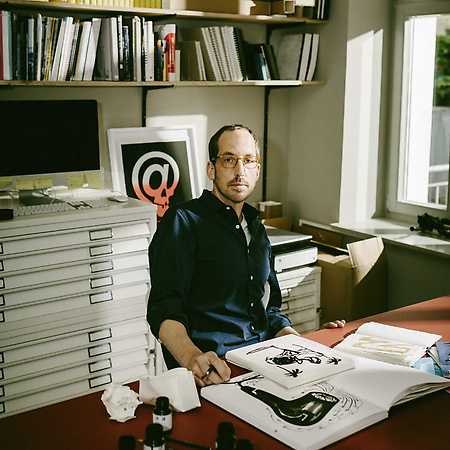 Christoph Niemann is a German illustrator, graphic designer, and (co-)author of several books including some children’s books. He studied at the State Academy of Fine Arts in Stuttgart under Heinz Edelmann. After his studies in Germany, he moved to New York City in 1997. His work has appeared on the covers of The New Yorker, Atlantic Monthly, The New York Times Magazine and American Illustration, and has won awards from AIGA, the Art Directors Club and American Illustration.

After 11 years in New York City, he moved to Berlin with his wife Lisa, and their three sons. Since July 2008, Niemann has been writing and illustrating the New York Times blog Abstract City, renamed Abstract Sunday in 2011, when the blog moved to The New York Times Magazine. In 2010, he was inducted into the Art Directors Club Hall of Fame.

In 2013, he launched his first interactive illustration at Design Indaba Conference in Cape Town, in the form of an iOS application called Petting Zoo. On June 21, 2013, Google used two of his images to celebrate the 2013 summer and winter solstices as the Google Doodle of the day. Niemann was profiled in the first season of the Netflix docu-series Abstract: The Art of Design.