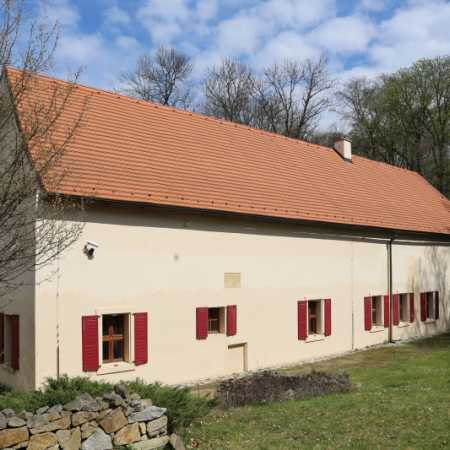 The Imperial Cuisine (the so-called Hájenka) was built together with the building of the Summer Palace and Ballroom in Hvězda on the White Mountain (1555-1558). She served her purpose until the end of the 16th century, in the 17th-19th century. century was the economic background of a summerhouse. In 1951, together with the buildings in the grounds of the Summer Palace, the Alois Jirásek Museum was established. The first reconstruction was carried out by architect Vladimír Tintěra in the years 1968-1970.

After the restoration of the Strahov Monastery to premonstrates in the 1990s, PNP lacked exposure and storage space. In connection with the change of the concept of the use of the Hvězda Summer Hall complex, the use of the house was also newly adopted. Reconstruction was carried out according to the project of architect Tomáš Šantavý in 2003-2004. There was built a depository of the library of Jiří Karásek from Lvovice and other library units, an exhibition of the poet and collector and study room.

The Hájenka was first opened within the framework of the European Heritage Days on "New Life in a Historical Environment" on September 15, 2005, and in connection with the 50th anniversary of the handover of the Karásek Collection to the PNP in 1955.