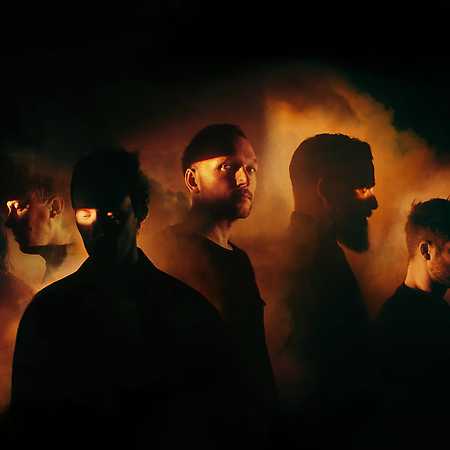 Cult Of Luna  The Silent Man

Cult of Luna is a Swedish post-metal band from Umeå. They formed from the remnants of a Umeå hardcore punk band called Eclipse in 1998. They slowly garnered critical appreciation and underground popularity with early releases Cult of Luna (2001) and The Beyond (2003); however, it is 2004's Salvation that can be considered their 'breakthrough' release. This was followed by Somewhere Along the Highway in 2006, another largely well-received album.

In August 2006, the band released a remake of "Marching to the Heartbeats" from Somewhere Along the Highway entitled "Heartbeats" solely on the internet community MySpace. The song was available for download for a few days and was later removed. The point was to see if the song would be kept alive by file sharing, and was also apparently a statement against the conservative music industry, said keyboardist Anders Teglund in an interview.

In 2008 the band released its fifth album, Eternal Kingdom. It was released in Europe on June 16, followed by its release in the United States on July 8. In 2009 they released a DVD including a live performance from 2008, an interview with the band, as well as all of the band's videos. On October 18, 2009, the band released Eviga riket, a hardback book/audiobook covering the story and themes from Eternal Kingdom. The book and audiobook are bilingual, printed and spoken both in Swedish and English. The audiobook contains new pieces of music and soundscapes written by the band. Eviga riket was released the 23 of February 2010.

On October 8, 2012, the band announced the title of their sixth studio album as Vertikal, as well as the first leg of their upcoming European tour. The release dates were confirmed as November 5, with the European release on January 25, 2013, and the American release four days later on January 29, 2013. A companion EP, Vertikal II was released on September 20, 2013. It includes the three songs with which Cult of Luna intended to conclude Vertikal as well as a remix of "Vicarious Redemption" by Justin Broadrick.