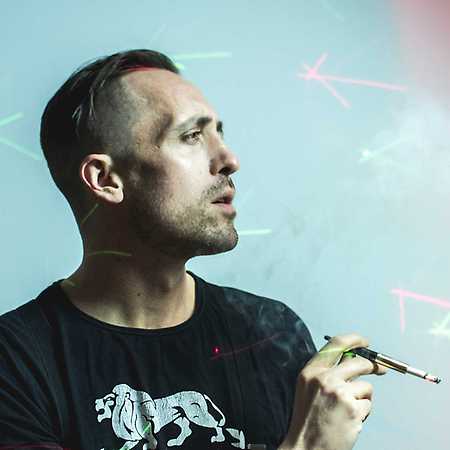 Rapper, singer, entertainer, writer, composer, multi-instrumentalist and charming provocateur: Usually Danger Dan puts his creativity into the service of Antilopen Gang, whose album Anarchie und Alltag climbed up to number one of the German charts in 2017 and catapulted the trio into the first league of hiphop. After this highlight in his so far quite turbulent life in the months after the release, Danger dan decided to give himself and the rest of a world a present to his birthday in June 2018: The first, official Danger Dan solo album Reflexionen aus dem beschönigten Leben.