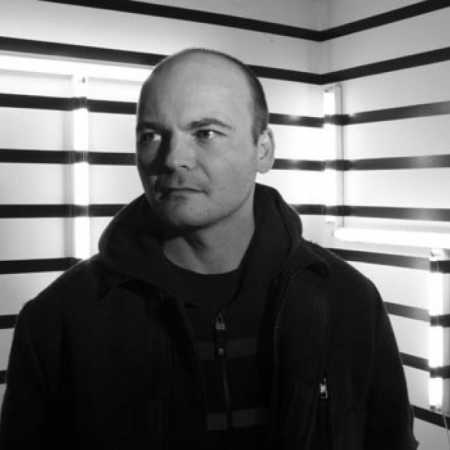 Daniel Hanzlik, though originally trained glassblower in the studio of Vladimír Kopecký, in his work from the beginning focused on a variety of other media. In his work we find painted paintings, photographs, site-specific installations, audiovisual performances. Crucial role in the project a new media and almost all have a light that is emerging as a theme or as a technical or means of expression.

Many Hanzlíková works are marked by a focus on urban space: whether a site-specific installation or photography, especially with the theme of advertising - as a light source and as a symbol of modern post-industrial civilization: aggressive visuality plethora of advertisements negates itself, we are no longer able to perceive individual ads . And so Hanzlík the demarcated areas erases, as in the work of Time Square in White. Blank areas have no communication, just as the invasion advertisements against which we become immune and we see them only as scenery.

The work Silenced made Hanzlík billboard design illuminated from above lights. Everything would be fine, except that missing information space and light illumines the empty space. Like the work of Time Square in White is the loss of ability to carry information. A similar communication has work LXIV. It is a collection of urban light sources that affect the appearance of the environment: the day we realize the historical value of the place in terms of architecture and its contemporary character, while in the evening it - thanks to light information - we feel quite differently.

Cycle Local Universe was influenced by fractals and chaos theory. We have before us three photographs: one is a photo of the universe from the Hubble telescope, the second depicts the city and its lights at night, and the third depicts a block of flats with lighted windows. Another group consists of luminous objects in which Hanzlík the blinds mounted lamps: here are the acronyms that are used in daily language SMS or need to chat. For example, fluorescent letters ISYAW I mean you see it anywhere or MYOB Mind your own business.

The site-specific projects include the reconstruction work. The original Baroque statues from the Charles Bridge, stored in lapidary, capped Hanzlík billboard with a picture of the situation and the real sound of the Charles bridge filled with tourism. The Garden was created for a specific area die Galerie des Schönen News in Liberec. There are two installation inspired by GM and reinterpretovanými elements specific ads. – Translated by Automatic service