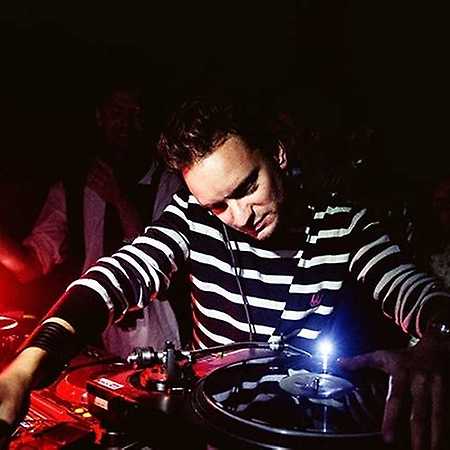 Michal Ruzicka, aka DJ Schwa, is the man behind BEEF records and the electronic duo Shades Of Gray. Michal’s love for music started with his father, who is also a musician himself as well as an owner of a recording studio in Prague – ORM. At a young age, dance music caught his attention mainly through Radio 1. Around this time he began trying to mix his first tracks. In 2000, he started performing publicly. In 2002, Michal started his weekly resident night in Prague at Cross Club, and since 2003, he has been working as a sound engineer at the ORM studio in Prague. In 2004 Michal, along with DJ Slater, started working on the first Czech progressive label and by the end of the year Tribal Vision Records was born.

At the end of 2005, Schwa rapidly changed his style and the idea of an innovative techno/house label became reality and thus established the foundation for BEEF Records. BEEF records has since been slowly establishing itself as one of the hottest labels on the underground house scene, with releases from respected artists such as Robert Babicz, Deepchild, Kreon, Jet Project, Arnaud Le Texier, Shur-i-kan, Pezzner, Mike Monday, Jori Hulkkonen, Jef K, and of course his very own Shades of Gray…

In 2005, Michal moved to Sydney where he met his studio partner Nick. As Shades of Gray, they quickly gained a reputation as one of the busiest acts on the Sydney underground scene by rocking the floor at legendary Reckless Republic parties in Kings Cross. Schwa was resident DJ at Sydney’s finest after-hours party Spice and that is where Shades dropped some of their biggest unreleased tracks in the early days. It wasn’t long after that that the boys were touring internationally, performing anywhere from Tokyo to Moscow and Paris to Prague. Their debut album Soul Machine was critically acclaimed by the press, receiving glowing reviews in DJ Mag and DeBug to name a few. Tracks from the album have been charted and played by some of the key players in the scene and also licensed for OM records, Defected and Clubstar compilations.