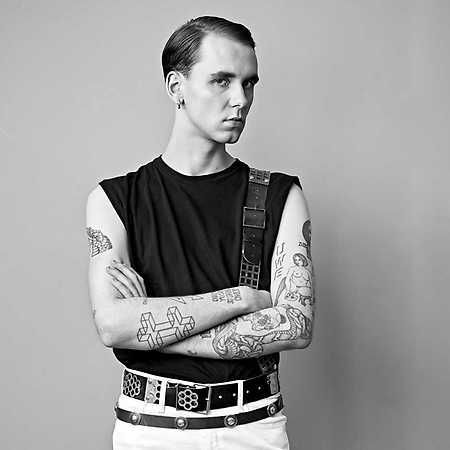 Drangsal, whose real name is Max Gruber, is a German singer/songwriter and multi-instrumentalist. His music shows influences from various genres, including New Wave, post-punk and indie pop.

In 2013 Max Gruber released his first demo recordings for the songs Wolpertinger and Allan Align via Soundcloud under the pseudonym Drangsal. On April 22, 2016, his debut album Harieschaim, which is named after the ancient name of his hometown Herxheim appeared. In 2018 his latest album Zores was released.

Drangsal’s music is strongly influenced by the synth pop and post-punk of the late 1970s and early 1980s. Benchmarks include Depeche Mode and The Smiths.