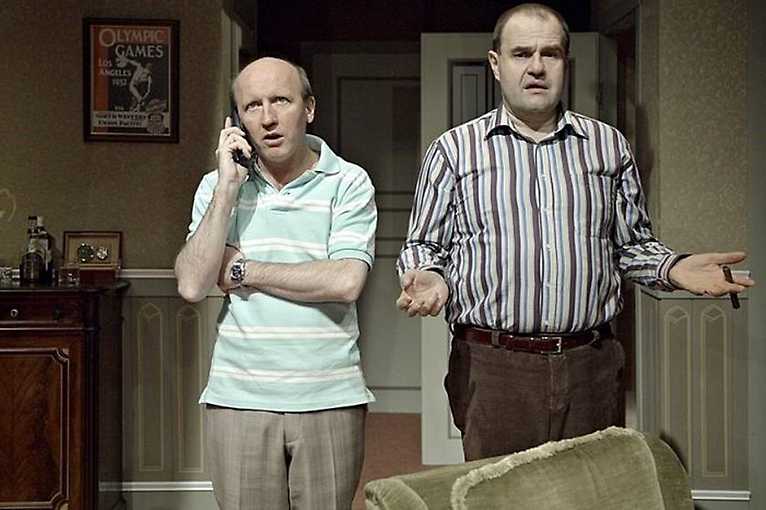 This is a legendary Broadway hit, and its author is the only living writer who has a Broadway theatre named after him. He is also the most frequently played American comedy writer in the world, with almost all of his plays being transferred to the screen and also enjoying dizzying success in the cinema. It was no different with the film version of The Odd Couple in which Jack Lemmon and Walter Mathau performed. In the Palladium Theatre you will be able to see a wonderful domestic comedy duo – Artur Barcisio and Cezary Żak, who seem to be as different as the protagonists of the The Odd Couple. And they are a life-loving sports journalist, rationalist, and incorrect messenger– which eventually leads to the parting with his wife – Oskar and his living denial: the householder, pedant, hypochondriac, and hysteric Felix, who meet on weekly poker games. When Felix’s marriage also breaks up, Oscar, out of concern for his fate, offers him to move in. The resulting clash of two extremely different characters is so funny, humorous and warm that it prompted Dudek Dziewoński, one of the most eminent cabaret artists and an expert in light repertoire, to say so: "Neil Simon knows everything about comedy