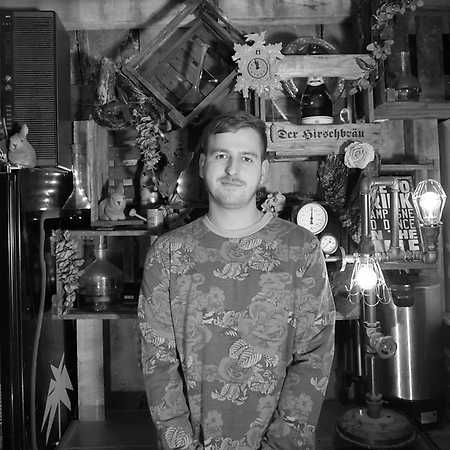 From Halle/Saale to the World – this is how you could most fittingly describe the development of Electronic Elephant in the last couple of years. What began at the age of 15 with private parties has quickly grown to weekly gigs at the most myth-enshrouded clubs in Germany.

Nevertheless, he has remained more than loyal to his home. Within Station Endlos, which is renowned for its lavish parties far beyond the city borders of Halle, he has found his musical home port. Ever since its foundation he has been on board when the Endlos-Crew set sail to explore the seven seas of electronic music. Together with the creative collective of artists, decorators, musicians and craftsmen he has delighted festival visitors from all over the world. Amongst the crew’s permanent stations are festivals such as Feel, Artlake and Wilde Möhre.

As is way of the world, every DJ – willingly or unwillingly – sooner or later ends up in Berlin. And so did Electronic Elephant. With his varied sets, which include tech- and deep house as well as techno elements, he could easily gain a foothold within the city’s highly demanding music scene. This is why it is hardly surprising that he has quickly become a regular guest in Berlin’s clubs. Since early 2016 he also holds residencies at the ongoing party series Bordel des Arts and YES!.

When talking about Electronic Elephant and his music especially one name quickly catches one’s eye: Casimir von Oettingen. Together, the native Halle duo have played countless gigs at festivals and clubs in Germany as well as abroad. And even if one of them is DJing on his own, his partner in crime is no further away than an arm’s length.

Lately, the passionate musician has also made a name for himself on the international dance parquet. At gigs in Moscow, St. Petersburg, Copenhagen and Paris he got the dance floors and the adrenalin of international dancers flowing.