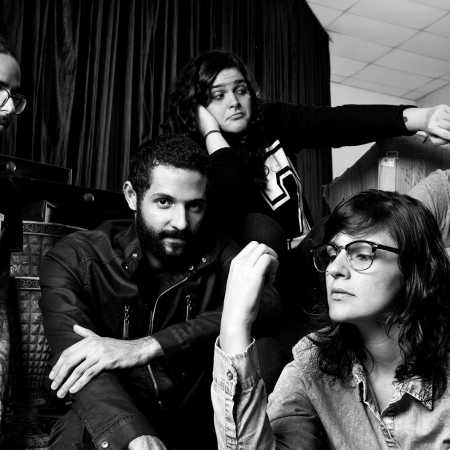 Far From Alaska  Dino Vs. Dino

Far From Alaska is a Brazilian rock band formed in 2012 in Natal, Rio Grande do Norte, and based in São Paulo. The members of the band are Emmily Barreto (vocals), Cris Botarelli (synths), Rafael Brasil (guitar) and Lauro Kirsch (drums).

Far From Alaska was formed in 2012, initially as a project of Cris and Emmily for the latter to sing. They called the other three members and considered the band a side project only. In that same year, they won the contest Som Para Todos, which granted them a distribution contract with Deckdisc and the right to perform at Planeta Terra Festival in São Paulo. That was their second live performance ever, after which they had the chance of speaking to Shirley Manson, vocalist of Garbage, who complimented them two months later. Meanwhile they released two albums, modeHuman in 2014 and Unlikely in 2017.