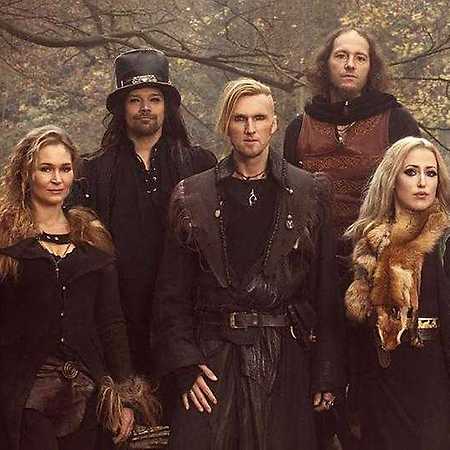 Faun is a German band formed in 1998 who play pagan folk, darkwave and medieval music. The originality of their music style is that they fall back to "old" instruments, and the singing is always the center of attention. The vocals are performed in a variety of languages, including German, Latin, Greek, and Scandinavian languages. Their instruments include Celtic harp, Swedish nyckelharpa, hurdy-gurdy, bagpipes, cittern, flutes and many others.