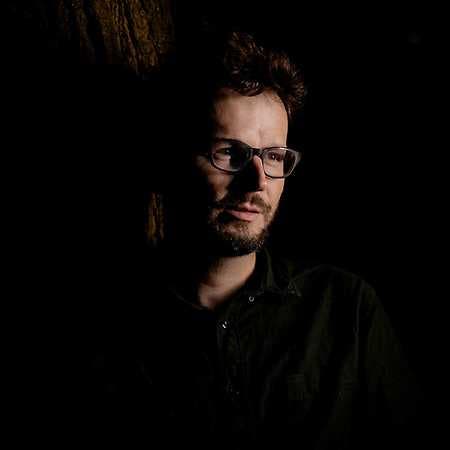 Tomáš Dvořák, better known as Floex, is a clarinetist, composer, producer, and multimedia artist from Prague (Czech Republic). His music is characterized by a unique exploration of electroacoustic nexus and the deep atmospheric mood in his tracks. He continuously widens his musical focus by experimenting in the interactive multimedia field.

From childhood he has been learning clarinet, which later became the key instrument to his music - not only as an “instrumental signature,” but also as a way of diversifying his compositional approach. In 1996 Tomáš started to compose under his project name “Floex.” His debut album Pocustone (2001) bridges relatively isolated genres such as nu-jazz, electronic and modern contemporary music. The album was highly critically acclaimed beyond just the Czech Republic and gained several awards (Angel Award 2001 and Nomination to Europian Qwartz Awards).

He is well known for his cooperation with Amanita Design on the soundtracks for the games Samorost 2 (2006) and Machinarium (2009). The Machinarium OST gained massive popularity from fans and critics alike and was selected as the best 2009 soundtrack, according to the world’s number one game magazine - PC Gamer.