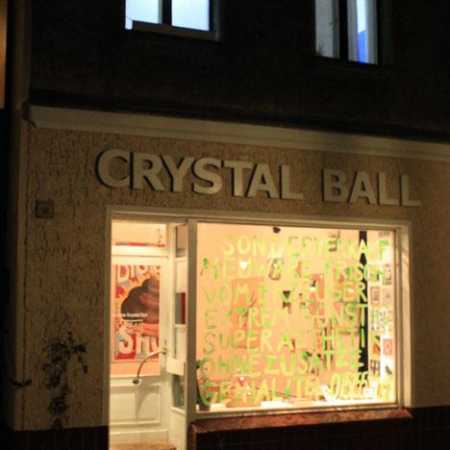 Crystal Ball at Friedrichshain was founded in March 2007 and run by the artist and curator Manfred Kirschner until the middle of 2016. From then on, it has been run by Lydia Karstadt with the same positioning.

The exhibitions and projects are partly realized by her as well as often in collaboration with other artists, curators and scientists. Crystal Ball shows positions and works in which a personal style, performance and strategy plan an important role in the exhibitions. Besides, the program shows works that deal in an unusual way with reproductive techniques and stage those in context to the space. Crystal Ball follows a personal, responsible and exclusive style to transport and communicate artistic and time-critical contents.