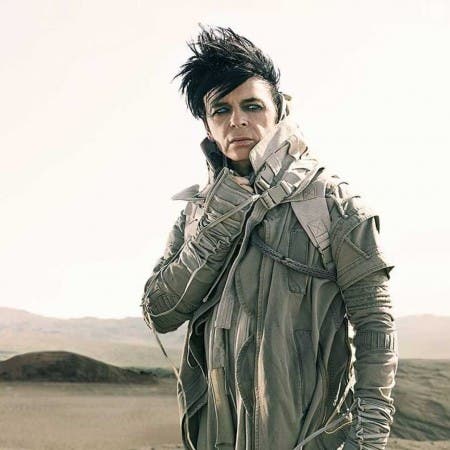 Gary Numan  My Name Is Ruin

With number-one singles Are ‘Friends’ Electric? and Cars, Numan achieved his peak of mainstream popularity in the late 1970s and early 1980s, but maintains a cult following. His signature sound consists of heavy synthesiser hooks fed through guitar effects pedals, and he is considered a pioneer of commercial electronic music. Numan is also known for his distinctive voice and androgynous “android” persona. In 2017 he received an Ivor Novello Award, the Inspiration Award, from the British Academy of Songwriters, Composers, and Authors.

No King. No Crown.