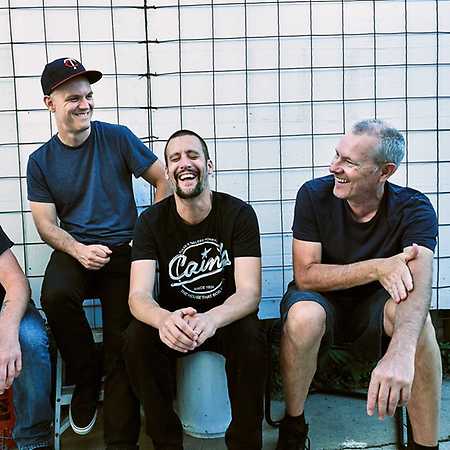 In 1989, Page Hamilton in New York and co-founded Helmet zeppelinovské riffs combined with the precision of post-hardcore. The combination of chords and clamped offbeatů stood firmly in Hamilton's experience with jazz. It was almost a visionary in his day very successful. After the debut album of 1990 Strap It On (released on indie label Amphetamine Reptile), Helmet released their breakthrough album Meantime (1992), acclaimed album that earned a Grammy nomination, a gold plate and gave rise to thousands of new bands. In 1994, Betty is based board with a broader musical scope. Another great album Aftertaste followed in 1997 and after nine years, and a thousand concerts in 1998, Helmet wrapped. In 2004 Hamilton restarted Helmet and succesful band released two albums - Size Matters in 2004, Monochrome in 2006. Bands like Deftones, Rise Against, Pantera and Tool Helmet referred to as its model, and not just because of the harsh approach to music, but mainly because of the pure musicality and intelligence. Helmet inter alia, in its way, a work of art. Hamilton is a trained musician who accidentally makes a hard brutal music, it's a guy who likes Bartok and Minor Threat. – Translated by Automatic service