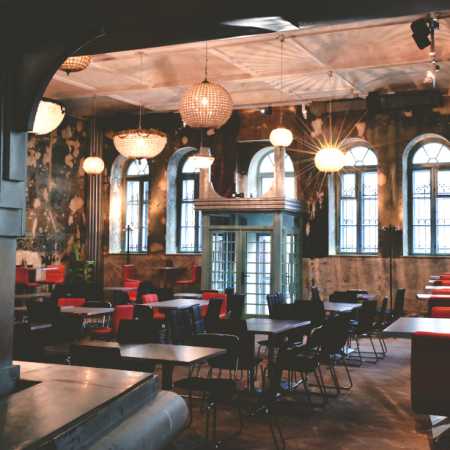 Standing literally at the crossroads of Jewish and Catholic culture in Kraków (as symbolically represented by the intersection of Corpus Christi and Rabbi Meiselsa Streets), this 19th century Jewish prayer house had long been a bone of contention in the community with regard to how it should (and shouldn't) be used. Now in the hands of the same team behind Alchemia and Bunkier - two of Kraków's best-loved cafe/bar/restaurants - it has been reopened in much the same spirit as those venues. Badly damaged during WWII, many of the original architectural elements are still in place, including traces of the once-extensive original frescos on the patchy, peeling walls. With plenty of space, high ceilings and what we presume is the original mechitza (a balcony used to separate men and women in Jewish temples) above the ground floor bar, there's a real feeling of history here, not to mention a social, uniquely Cracovian atmosphere.