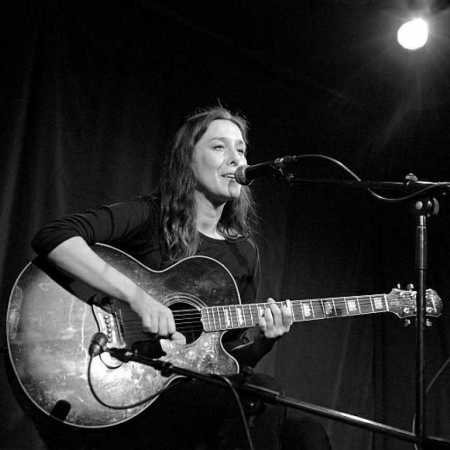 John is a Prague Šteflíčková songwriter and actress Studio Ypsilon. Her work has deliberately oprošťuje from the classical definition of the genre, she is committed to folk, blues, jazz and rock. This also corresponds with her solo work, which is varied and the carrier not only for folk festivals, but also for festivals nadžánrové. Before she decided to play the guitar, participated in various musical projects - began as a ten-year to the Port in 1990, followed a long period of searching in the country, American folk sixties, big-beat, traditional jazz and swing, blues, funk. After a band experience, she decided to go in his work much more personal way and play solo. In 2010 she played as support to John Mayall concerts and received awards in the category Taisawards singer. In their songs, applied directly communicate with the audience, a voice with a wide range of expressive and registration marks and distinctive, unconventional guitar.

This Is The Kit