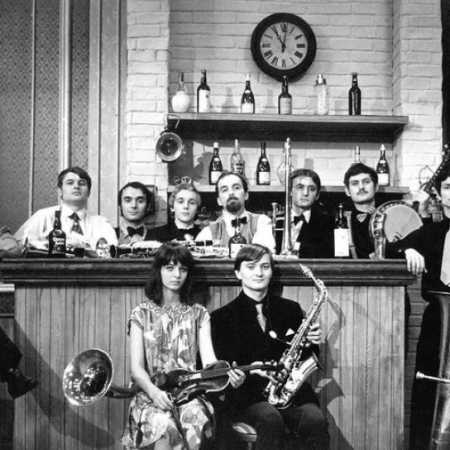 Fiddlers Jazz Band was in the seventies and eighties, one of the best known and most successful amateur devoted to traditional jazz, dixieland and swing. She has made several records, performed on radio and television every week and mainly performed in Prague's Lesser Town Beseda. Regularly been invited to domestic and foreign festivals, which often bringing different prices. After 1990, several members decided to devote his time either lucrative activities or nurture music professionally. Therefore, performing the full eight-member cast was becoming thinner and thinner, moreover, new era also brought the requirement for less frequent due to the cast of the new playing small clubs in Prague. The repertoire is more or less well-known songs from the period 1920-40 and the emphasis is always on the newly improvised choruses, whose character is often strongly dependent on the immediate reactions of the audience.