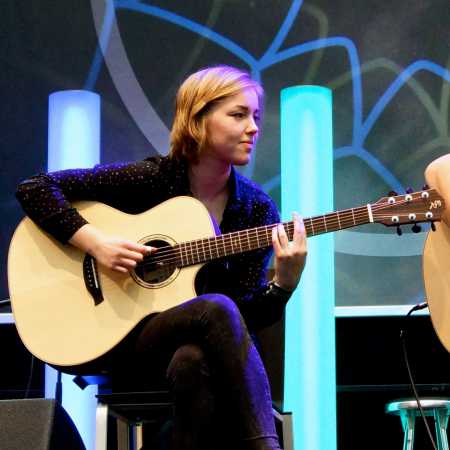 Karlijn was born in 1995 in Uitgeest in the Netherlands. Since she was a little girl, she’s been surrounded by music. She picked up the guitar herself at age 13. Spellbound by the virtuosity of Tommy Emmanuel, she started practicing his compositions. Fast forward a few years and she shared the stage with Tommy! Later on, she played with Gareth Pearson and Emil Ernebro and performed in Germany and China. Since 2012, she has been a student at the Utrechts Conservatorium (NL) where she’s been writing her own music as part of several projects. Last year, she released her debut album titled “Leap of Faith” on which she collaborated with guitarist Tim Urban. Currently, she’s on a year-long scholarship in Dresden, continuing her studies at the Hochschule für Musik Carl Maria von Weber Dresden.