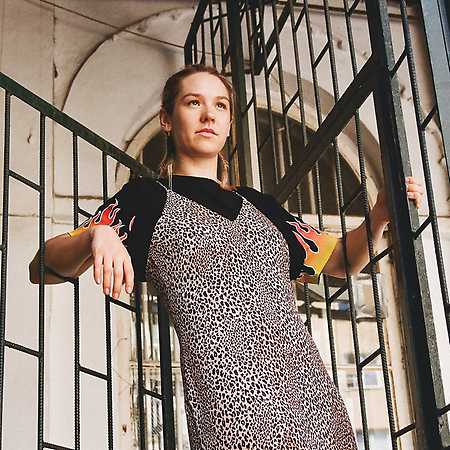 Karolina Czarnecka is an interdisciplinary artist. In her work she combines various fields of art and studies their borders. She became famous for her song Hera koka hasz LSD, which she performed at the Przegląd Piosenki Aktorskiej in Wrocław. With her performance she conquered the hearts of Internet users. She is a graduate of the Warsaw Theatre Academy, co-founder of the theatre and cabaret group Pożar w Burdelu (Fire in the Brothel) and a member of Gang Śródmieście. In 2014 the artist released an EP called Córka,_ which was warmly received by the listeners. In April 2018, the album Solarium 2.0 – promoted by the single Anaruk – had its premiere. It is a kind of continuation of the story started by the artist on her debut album.