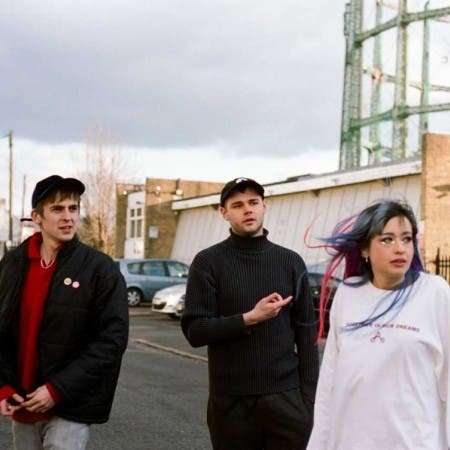 Kero Kero Bonito is a musical trio from London. The artists met in 2013 through an online forum. Sarah’s singer originates from Japan, while producers Gus and Jamie were friends from school times. They have created a colorful, electro-pop band that has the mixtape “Intro Bonito”, the album “Bonito Generation” and such singles as “Flamingo” or “Trampoline”. Soon there will be the premiere of the next, long-running Kero Kero Bonito album entitled “Time 'n' Place”, which is announced by the pieces “Only Acting” and “Time Today”, indicating the indie-rock mood of the material.