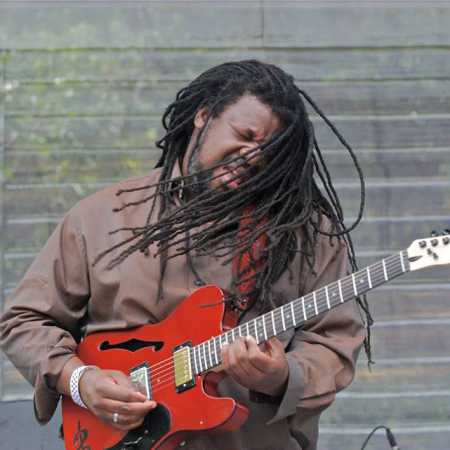 American Khalif Wailin 'Walter, nephew of the famous blues guitarist Carl Weathersbyho a former member of the backing band Lonnie Brooks. Walter's own work is influenced by blues classic Albert King, Freddie King and Albert Collins, and his singing style is close to neworleanskému rhythm'n'blues. American guitarist and singer Khalif Wailin 'Walter is one of the most promising future representatives of the youngest generation of blues. Imaginary blues attended school Khalif Wailin 'Walter with his uncle, who is none other than the phenomenal blues guitarist Carl Weathersby, and later as a supporting player in a band other famous personalities Blues Lonnie Brooks. On its own two feet as a bandleader stood after the onset of the new century, he began to work on their own expression, which is influenced by blues classic Albert King, Freddie King and Albert Collins, Walter's singing style has, however, closer to neworleanskému rhythm'n'blues, which creates original explosive mixture, able to reach different types of audiences. Khalif Wailin 'Walter has performed at a number of major blues festivals including the most prestigious, Chicago. In 2008, incidentally, was the main star Šumperk Echo Blues Alive. – Translated by Automatic service