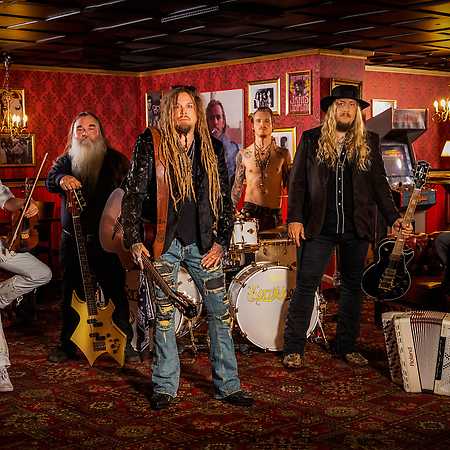 Korpiklaani is a Finnish folk metal band that was founded in Lahti, in 2003. The group is heavily influenced by traditional folk music. Their lyrics often touch upon mythological topics, as well as nature and celebrations. Instrumental pieces are also part of their repertoire. The band members themselves also claim to be influenced by Humppa.