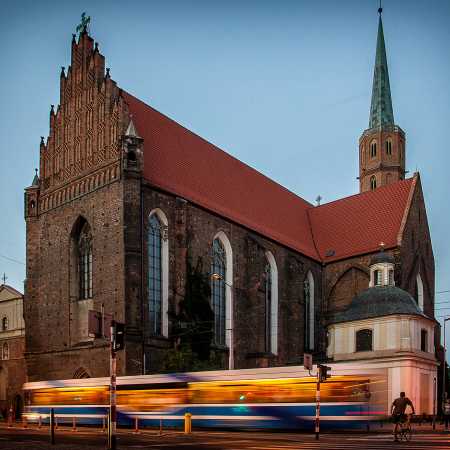 Church of St. Wojciech in Wroclaw in the Old Town to one of the largest and oldest Gothic churches in the city. Originally built in the Romanesque style and renovated in the 13th century already in the Gothic style, it was heavily destroyed during the Second World War and rebuilt again in the 1950s.