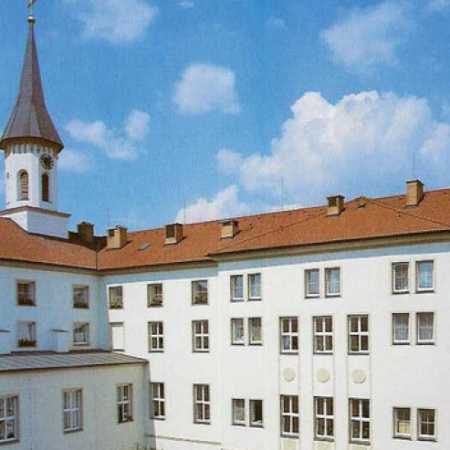 It was built in the 19th century. century and consecrated in 1861. In 1934, a new variety of painting has been completed the Church, from which mainly include scenes from the life of the Holy Family and a large number of the angels. After 1948, the Church was closed, interior fittings rozkradeno and the Church served as a storage room and a garage of agricultural techniques. After 1992, however, the Church was returned to the order of boromejek and partly restored. In the following years, thanks to several financial collections of restored, especially his paintings. The Church, together with the monastery became 16. in August 2000, a cultural monument of the Czech Republic. – Translated by Automatic service