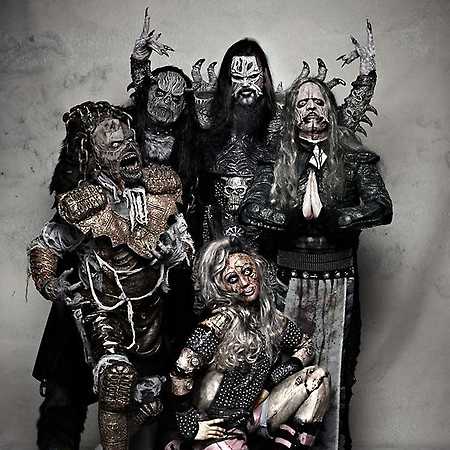 Lordi is a Finnish hard rock/heavy metal band, formed in 1992 by the band's lead singer, songwriter and costume maker, Mr Lordi (Tomi Petteri Putaansuu). In addition to their melodic metal music, Lordi are also known for wearing monster masks and using horror elements with pyrotechnics during concerts and music videos.

Lordi rose to fame in 2002 with their hit single Would You Love a Monsterman?. The band made history in 2006 by becoming the first, and still today the only, hard rock act and Finnish artist to win the Eurovision Song Contest, with the song Hard Rock Hallelujah.

Lordi has toured around the world actively since 2002. The band records a new studio album in 2–3 years cycle, and at the same time Mr Lordi upgrades the costumes and masks of the band. Their ninth studio album Sexorcism was released in May 2018. The band has gone through several line-up changes, but original members Mr Lordi and guitarist Amen are still active with the band.

Members of Lordi have stated their desire for their unmasked faces to remain private. However, they have made a number of unmasked appearances in several news outlets.

Arsonists Get All The Girls

Last of the Crown