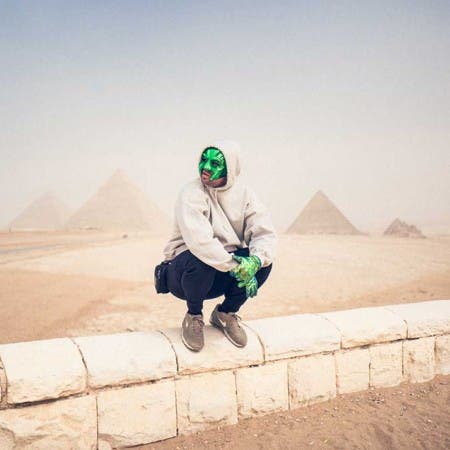 The German rapper Marteria, whose real name is Marten Laciny and who was born in 1982 at Rostock, is behind the pseudonym Marsimoto.

Marsimoto was born as an hommage to the alter ego Quasimoto of the US rapper Madlib. Both are characterized through their pitched voice. Marteria’s idea to create the alter ego Marsimoto was a result of playing around with a recording tool. Because of the positive resonance, he decided to release an album as Marsimoto.