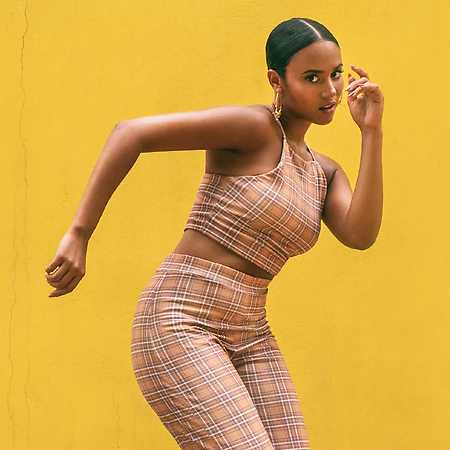 In 2001, Mayra Andrade wins a gold medal at the Jeux de la Francophonie competition in Ottawa, Canada. Finally, she moves to Paris, and this melting pot of different cultures should prove to be an ideal place for her to find her way both musically and privately. In 2006, Mayra Andrade’s debut album Navega presents a collection of songs rooted with lightness and depth in the musical tradition of her home country, but also inspired by a variety of other musical styles. She mixes Latin and free jazz, combining African-influenced batuko and Brazilian influences with flamenco, and at the same time captures the characteristic melancholy of traditional Cape Verdean music, which is often compared to the Portuguese Fado. For Navega she receives the 2008 BBC Radio 3 Award for World Music Newcomer and the Cuban Music Industry Cubadisco International Award.

In 2009 she released the album Stória, Stória, developing her style with musicians and sounds from Brazil, Portugal, France, Cameroon and Cuba. The result is a finely nuanced sound palette that brings Andrades refreshing voice to perfection. Between the lines she tells a lot of stories – about everyday life, life and love. With Studio 105 she released in 2010 a terrific live album incl. DVD, which grants besides the concert in the intimate Studio 105 of Radio France also some insights into the common rehearsals. Murin Hossn on guitar, percussionist Zé Luis Nascimento and Rafael Paseiro on bass inspire the velvety soft vocals of Mayra Andrade. Her third studio album Lovely Difficult (2013) is a very personal piece of work that can be heard in several languages. Velvety beats and succinct melodies support the exotic feeling and that is how European pop music by Mayra Andrade sounds as if it were written on a tropical island. The songs sung in Cape Verdean Creole, in English and Portuguese, inspire with warmth and variety and individuality.