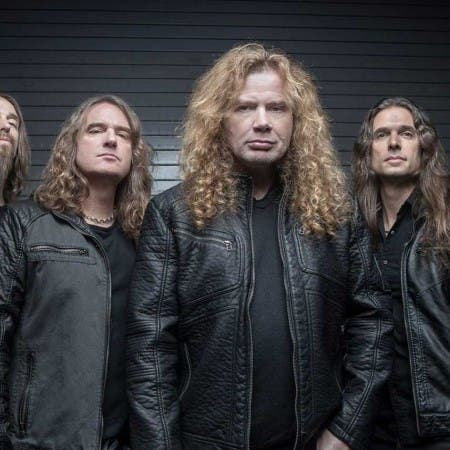 Megadeth is an American heavy metal band, which was founded in 1983 guitarist and vocalist Dave Mustaine and bass player Dave Ellefson. Mustaine wanted to create faster and better band than Metallica, from which he was fired after he beat frontman James Hetfield so that he set out his front teeth. Since the formation of the band released 13 studio albums. Megadeth are known as pioneers of the thrash metal movement along with the rest of the Big Four of Thrash - Metallica, Slayer and Anthrax. – Translated by Automatic service