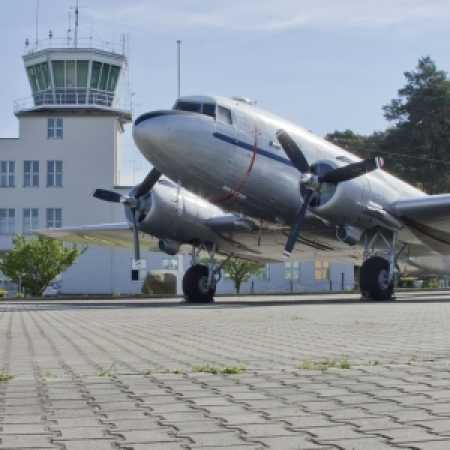 Besides large exhibits such as planes or helicopters the exhibition, that aims to convey visitors how aerial warfare changes our thinking about war, also shows documents, uniforms, gear and more. The collection is completed by media stations, a big film collection and rotating special exhibits.

the museum, that is located on the former British military airfield Berlin-Gatow, where during the Berlin block in 1948 and 1949 planes of the Berlin air bridge started and landed, doesn’t understand itself as a primary technical-historical but as a modern cultural historical museum and an education space for soldiers as well as interested visitors. As an interface between military and society it wants to stimulate discussion and contribute to the integration of the military in the public life in Germany.