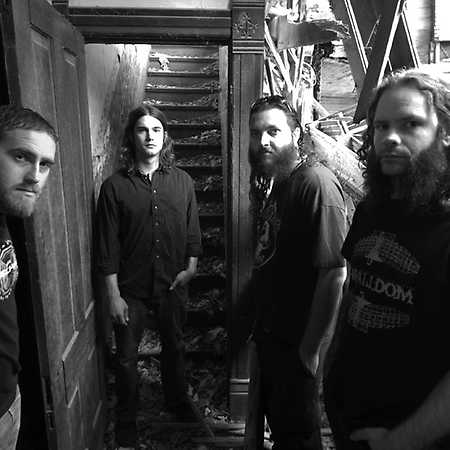 Minsk is a doom metal/post-metal band from Peoria, Illinois founded in 2002. Self-described as “psychedelic metal”, their songs tend to start out as slow and simple, and become heavy and complex towards the end. Their sound draws equally from sludge metal, doom metal, hardcore punk, ambient and noise music, with a highly psychedelic attitude achieved through tribal drum patterns, thick layers of synthesizers and keyboards, and echoing vocals. They are named after the capital of Belarus. The idea of survival through suffering is a recurring theme in the lyrics and musical style. In fact, regarding the origin of their name, their official biography states: "Drawing its nominal inspiration from a remote Belarusian city nestled deep amidst the in-betweens of the East and the West, a city that has been burned to the ground on several occasions only to be rebuilt like a Phoenix rising from its ashes."