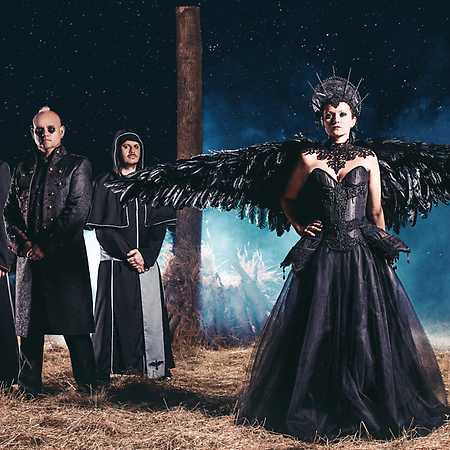 Mono Inc.  Children of the Dark

Mono Inc. is a German dark rock band from Hamburg, which was founded in 2000. The name derives from the term monomania and the word incorporated.

Musically, Mono Inc. are classified between alternative and dark rock. On their albums they preserve a serious, sometimes gloomy mood. Frequently picked up topics are loss and separation. At concerts, the band typically performs in dark costumes with matching make-up, although the outfits sometimes vary during the performances. In addition to the main instruments of the band members in the form of electric guitar, bass and drums, other instruments are used at concerts. Among others Martin Engler uses acoustic guitar and piano. Although the band comes from Germany and also occurs primarily there with only a few concerts abroad, the lyrics of Mono Inc. were held in English without exception, until the release of the first German-language song Heile, heile Segen. On their seventh studio album Nimmermehr more songs in German language appeared, which was received with mixed feelings by fans and press. With the eighth album, Terlingua, the Hamburgers continued their journey of bilingualism. Singer Martin Engler is also responsible for the lyrics. Partly, Mono Inc. also play cover versions of well-known pieces, for example by Gary Moore or Iggy Pop.