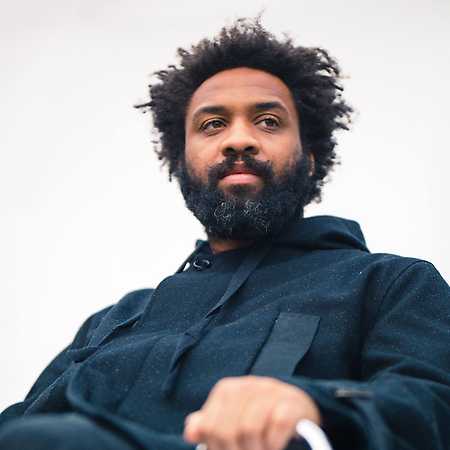 Neue Grafik is a House, Jazz and Hip-Hop DJ and producer.

With only 3 records behind him on esteemed labels like Beat X Changers and S3A Records, producer and DJ Fred Bwelle aka Neue Grafik has quickly risen as one of the most promising acts to come out of the new French and European electronic scene (ask Laurent Garnier, he will confirm). His sound is best described as eclectic and versatile. It’s the product of a mixture of roots and a wide-ranging palette of inspiration. In his music you can hear the sound of Paris (his home-town), its music and cultural legacy, the ethnic sounds of Africa, as well as House, Jazz, Broken Beat and Hip-Hop. Go check him out playing live on his MPCs, you’ll witness what the man is all about. In 2016, Neue Grafik launched his own label VERTV, released a new record (« Roy ») on Beat X Changers, composed 3 tracks on Wayne Snow’s debut album alongside Max Graef and Nu Guinea (release date: early 2017) and started a new live project called Raheem Experience with fellow French producers Mad Rey and LB aka Labat. In December 2016, the Parisian-based producer is set to release « Ukiyo », his brand new record on UK-based label Wolf Music (Medlar, Laszlo Dancehall, Casino Times, Frits Wentink).