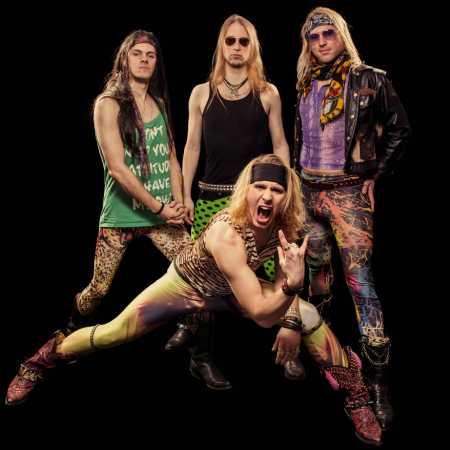 Night Laser is a heavy glam metal band from Hamburg, Germany. Their style is characterized by hard riffs paired with catchy melodies, elaborated songwriting, and a boisterous joy of playing. After the release of their debut album Fight For The Night in 2014, Night Laser quickly gained the reputation as an outstanding live band playing numerous concerts all over Germany.

Night Laser also manages to fascinate a constantly growing, international fan community thanks to various radio and TV performances. Their support showed in the successful realization of a Startnext campaign to finance the second album Laserhead. It was recorded at the Chameleon Studios in Hamburg and was released on March 24, 2017. The album gained excellent feedback from critics and fans, as well as from print and online media. Night Laser worked with the label Out Of Line Music for the release, and they continue to work with them on future endeavors.