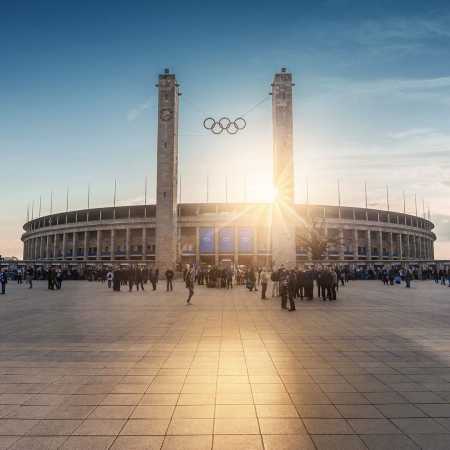 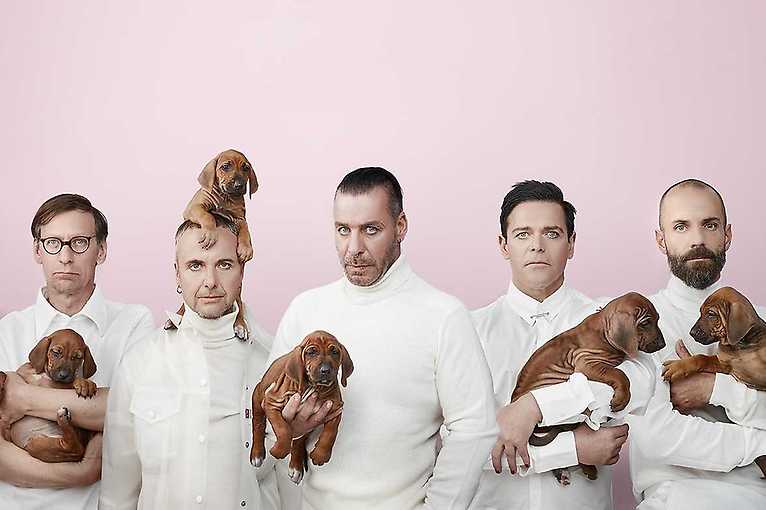 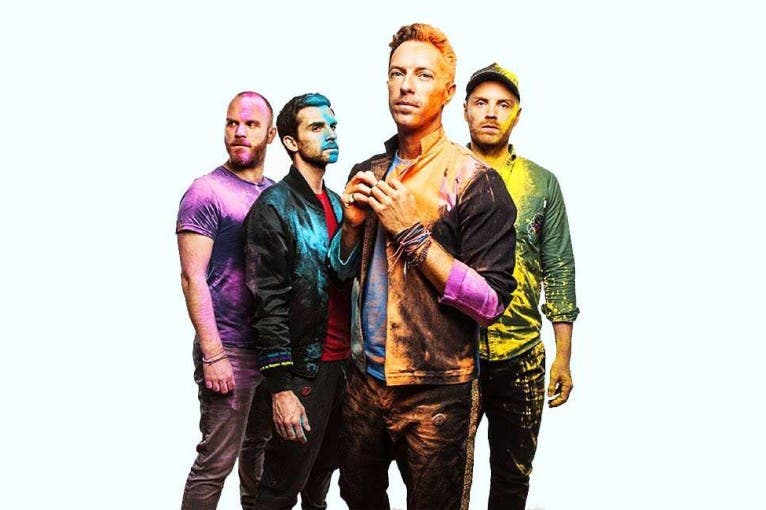 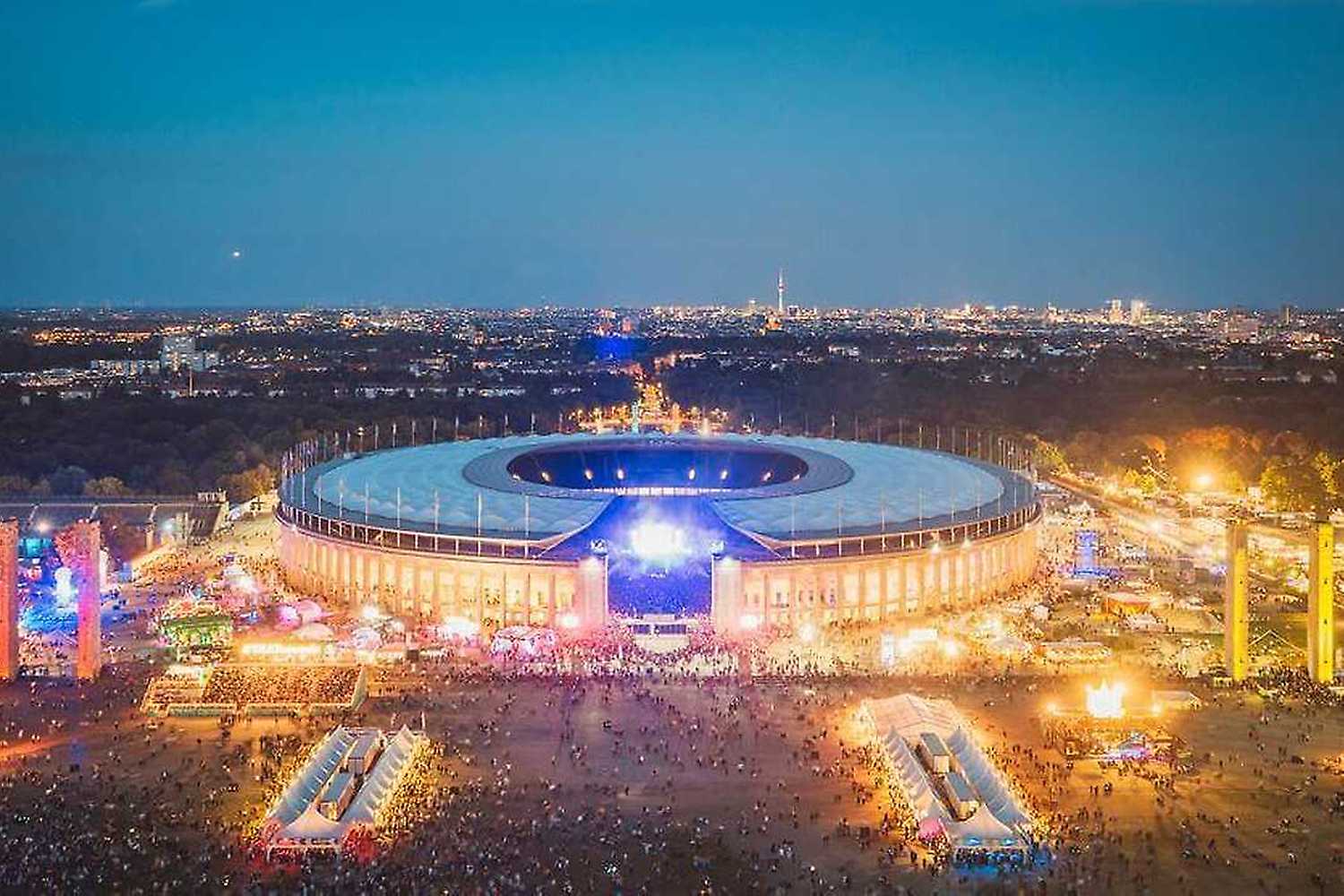 The Olympiastadion Berlin is located in the district Westend and is a central part of the Olympiagelände (German for „olympic site“) in Berlin.

It was built from 1934 to 1936 for the Olympic Summer Games 1936 in the place of the former Deutsches Stadion and offers space for around 100.000 spectators.

The stadion was thoroughly renovated and modernized from 2000 to 2004 for the 2006 football world championship. The official opening was celebrated with a big concert event in 2004.

Today the major user of the stadium is the football club Hertha BSC Berlin, but it is also used for big concert events or religious festivities. The concert highlights 2018 are concerts by the Rolling Stones, Guns N’ Roses, Beyoncé and Ed Sheeran.

Yearly over 300.000 tourists visit the Olympiastadion.