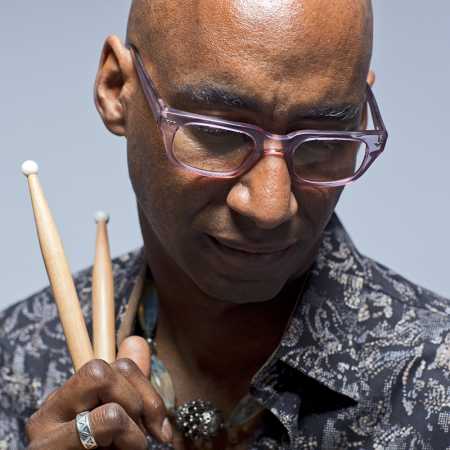 Starting playing in his father’s band when he was ten, and performing with Madonna ending, drummer Omar Hakim did almost everything. His talent and unique style made him a musician and world class drummer. After the end of New York School of Music and Art began his career Omar recording with a variety of pop and soulful groups. His father Hakim Hasan played the trombone with Duke Ellington and Count Basie and his influence was felt in the Omar.

In 1982 he joined the Wayne Shorter and Joe Zawinul while recording critically acclaimed album Procession, Domino Theory, This is a This Sporting Life, where he discovered his famous recording of Weather Report. Omar played and toured with stars such as David Sanborn, Dire Straits, Marcus Miller, Mariah Carrey, Miles Davis, Chic and David Bowie. In addition, the successful addition of drummer also acclaimed producer and multi-instrumentalist. Under his name released two solo albums. His latest album is a great mix of jazz and R & B, funk and rhythm and well documented Omar’s compositional art. – Translated by Automatic service