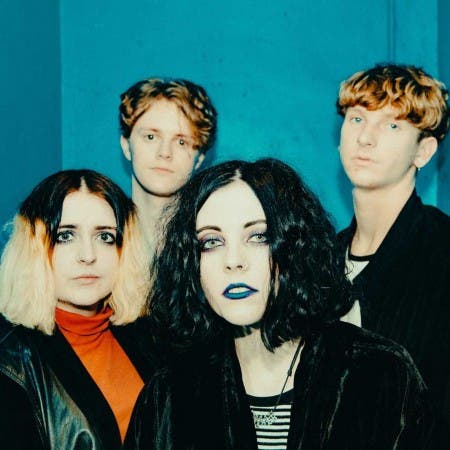 Pale Waves are an English indie pop band from Manchester, formed in 2014. It was founded originally as Creek when lead singer and guitarist Heather Baron-Gracie met drummer Ciara Doran while attending university in Manchester. The band was joined by guitarist Hugo Silvani and bassist Charlie Wood, completing the lineup.

After signing a record deal with Dirty Hit in 2017, Pale Waves released their debut single There’s a Honey, followed by Television Romance. The following year, the band were ranked fifth in the BBC Sound of 2018 poll and won the NME Under the Radar Award at the NME Awards. Pale Waves' debut EP, All the Things I Never Said, was released in February 2018, with their debut studio album My Mind Makes Noises to be released on 14 September 2018.