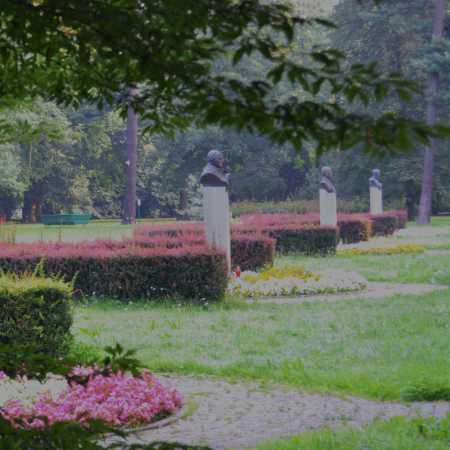 Jordan Park, also known as Jordan’s Garden or Park Jordana, was established in 1889 as the first public playground in Kraków and the first of its kind in Europe. It was equipped with exercise fixtures modeled after those of similar playgrounds in the United States. The park is located in Kraków’s Błonia.