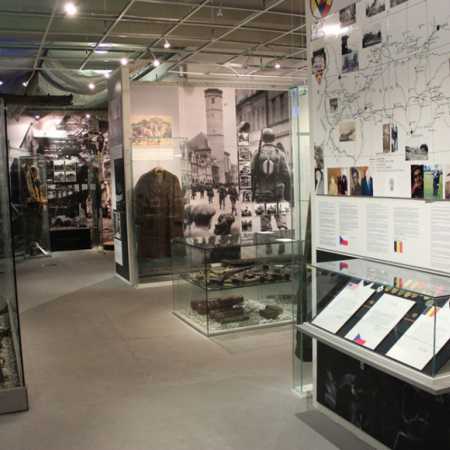 Patton Memorial Pilsen Museum was inaugurated 5. in May 2005, on the occasion of the 60. the anniversary of the liberation of the city of Pilsen and the South-West Bohemia by the us army. This permanent exhibition is an indelible memory of the historical events of the end of the II. During World War II.

Exposure mapping and residence of the United States Army on the territory of Czechoslovakia in 1945, the postwar economic aid UNRRA our country and the period of the totalitarian regime in the years 1948-1989. The largest space consists of vintage equipment and armament of soldiers and many objects of daily use. The exhibits come from private collections. – Translated by Automatic service