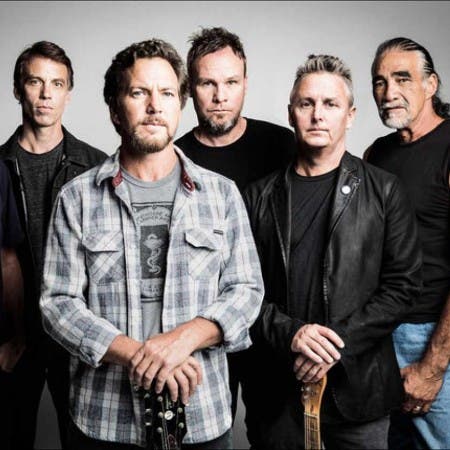 Pearl Jam is an American rock band that formed in Seattle, Washington in 1990. Since its beginning, the band’s line-up has included Eddie Vedder (vocals), Stone Gossard (guitar), Jeff Ament (bass), and Mike McCready (guitar). The band’s current drummer is Matt Cameron, also of Soundgarden, who has been with the band since 1998.

They are considered one of the most popular rock bands of the 1990s. Their name is closely related to the grunge movement. Together with the bands Nirvana, Soundgarden, and Alice in Chains, they are among the main genre representatives but are the only group of the four to still play today. Their sound was not always typical of this style and the band tried to experiment. They still have a large base of supporters and their concerts are among the most attended in the world.