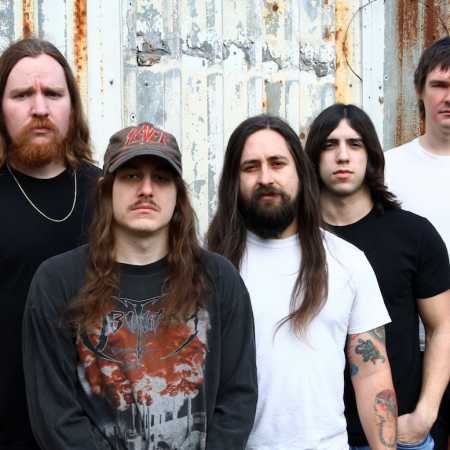 A trashmetal band from Dallas. A quintet play crossover, i.e. thrash that draws from hardcore punk. The guitars, placed up front, are clean, dexterous, and fast; the vocals and drums, in the back, are draped in sludge and reverb. Those elements will, at times, remind you of the darker side of the old-school thrash spectrum (Slayer), but the spirit of this stuff pulls more from the hardcore scene, like their Astoria forebears Leeway or, on the burlier side, Cro-Mags. Their firt album Manifest Decimation was released in 2013, their second Nightmare Logic was released in 2017 under the Southern Records.