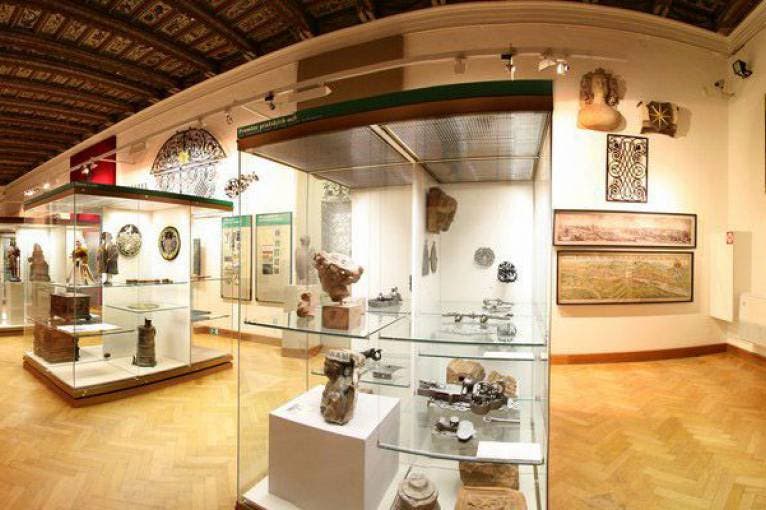 Prague in between of Middle and New Age

The second half of the 15th century and the 16th century – the Late Gothic period and the penetration of Renaissance ideas and art into Prague. At the beginning of the 1580’s Emperor Rudolph II, a patron and collector of art, moved to Prague Castle with his entire court. From the end of the 15th century and from the 16th century until the present day the oldest views of Prague have been preserved, as well as the largest number of Renaissance architectural fragments and building components from houses in Prague and also an inexhaustible amount of material evidence of the life of Prague’s inhabitants and their households. Unique preserved plates from the Melantrich publishing house remind us of the many publishing houses that operated in Prague’s towns. The beginning of the 17th century in Prague’s history is also characterised by political and religious unrest culminating in the Czech Estates uprising and the Battle of White Mountain.