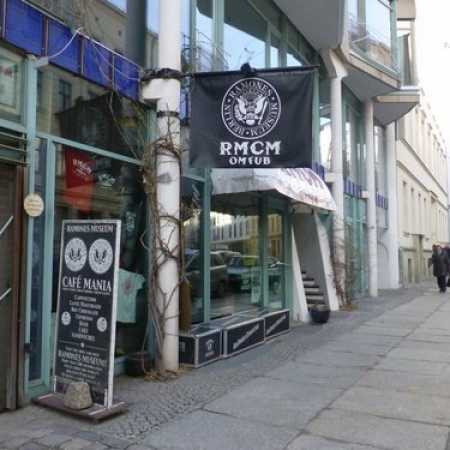 The Ramones Museum Berlins a museum in memory of the US punk band The Ramones at the Berlin district Kreuzberg at Oberbaumstraße. The museum was opened in September 2005 at another place in Kreuzberg and is the first and only Ramones museum in the world. It shows more than 300 memorabilia from the active years of the band, 1975 to 1996.

Besides rare t-shirts, unpublished photographs, setlists, vinyls, concert posters and -tickets it is especially personal belongings and handwritten texts of the band that make the exhibition interesting. For example, the original stage jeans of Johnny Ramone, the sneakers of Marky Ramone or a glove that Joey Ramone wore on stage are shown at the Ramones Museum.

Furthermore, the museum documents the entire career of the New York punk band in chronological order – from the first concerts at the cult venue CBGB’s and first chart placements to the last concert in Los Angeles 1996 – with unpublished and signed photos, exclusive promotional items and a press archive including more than 1.000 articles.

In the related café Mania visits can exchange experiences and stories with other fans from all over the world with a beer or coffee.

Dalí – The Exhibition at Potsdamer Platz