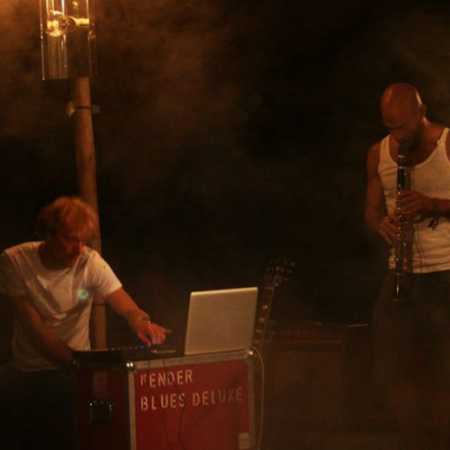 Randweg, it is established in Berlin clarinetist Andreas Ernst and his cronies in the studio and on stage David Baurmann. While Andreas project demonstrates how a wide range of krautových sounds can elicit from classical clarinet, David is enhanced tracks and live performances with the help of a guitar and cajon. On top of that duo utilizes a variety of software tools, so their composition in the final sounds more like a recording session than a band as a result of collaboration between two musicians. Music critics sometimes even compares to Randweg early Kraftwerk, fall, however, compared for example with Gold Panda or Border Community experimenter Luke Abbott.

She has Randweg so far the only, but in all directions vypiplané and tightened album “Equisetales”, which was released last April by the label that brought functional and balanced mix of atmospheric, melancholic dance and electronics. Final mastering board took Andreas Krüger from Der Dritte Raum, who is filming “Equisetales” nenachomýtl just happen – along with Ernst hit it off back in 2008 when recording a joint track “Swing Bop”. Ernst has not weakness collaboration with various artists and the city has a studio tea parties need to Ellen Allien or RIPPERTON, which poked with the album “A Little Part of Shade.” – Translated by Automatic service